As if the Brodsky Quartet and Robert Wyatt´s Cuckooland wasn´t enough, this is also happening at the Sounds New Festival:
"Janek Schaefer is one of the UKs most distinctive sound artists. For the informal opening night of the Sounds New Festival, Janek will create a brand new sound work as part of an exhibition based around the ‘Canterbury Sound’, in particular the work of Robert Wyatt, whose ‘Cuckooland’ album has been used as a point of reference." 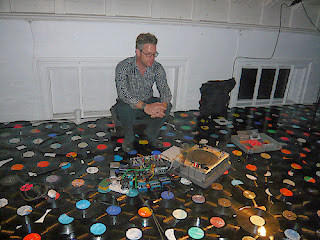