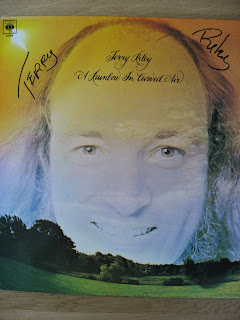 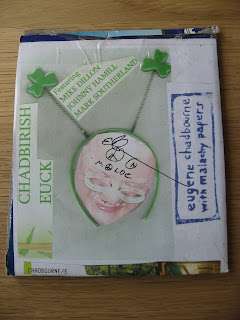 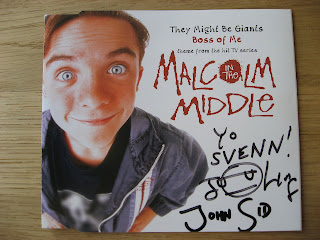 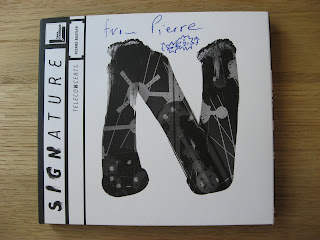 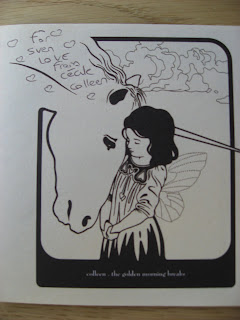 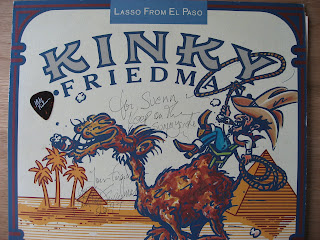 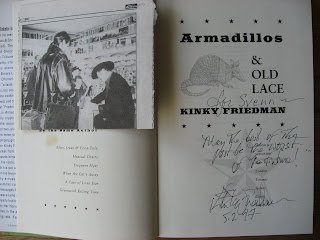 I know it, a lot of musicians and authors don't like being asked for autographs (or at least, that's what they say), but I have to admit I like to get an autograph or a handshake from an artist. The works do not get better or worse, but I get a memory to treasure. Childish? I guess so.
If you have followed the artist for some years, i guess you get a certain feeling, and know if it's OK to ask, and sometimes you have to take a chance. I don't think Terry Riley was particularly interested in being a pop star (at the Borealis-festival in Bergen: ”let me see the records first, OK i’ll sign those”), while Kinky Friedman looked close to happy when you wanted an autograph. Even getting other people to hunt for signatures may be a solution (They Might be Giants), and sometimes a homemade cover may be the prize (Eugene Chadbourne). I guess young and not so famous artists think "what the hell is that old guy doing", and as we can see women (Colleen) draw hearts, men (Pierre Bastien) draw wheels. Some are from Venus, others from Mars.
Posted by Svenn at 12:19 PM