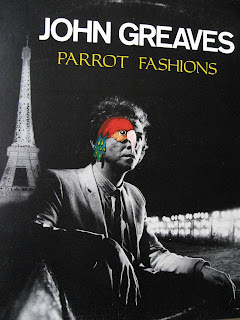 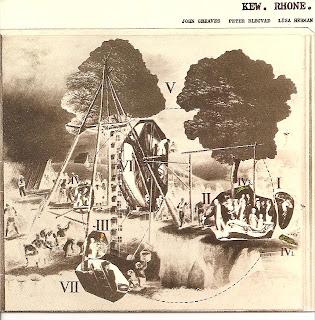 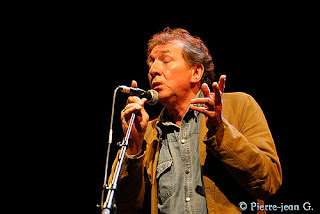 We have mentioned John Greaves several times in this blog, but he really deserves his own blogpost! He has made several good solo albums (I don't know all of them) and has also worked with Henry Cow, National Health, Soft Heap, Peter Blegvad, Michael Mantler, David Thomas and lots more. Robert Wyatt is on "Songs" (1995) and "Chansons" (2004), and Greaves is on Wyatt's "Ruth Is Stranger Than Richard" (1975). Both of them are on the Henry Cow record "Concerts" (1976). Just get "Kew Rhone" (1977) for a starter (will be performed live in the spring of 2008!), but you better start some serious shopping if you are new to this guy. Read a quite good article on Wikipedia, or check his web site.
Picture of John Greaves by Pierre-jean G.
Posted by Svenn at 8:08 PM